Lease Plan is one of the largest leasing companies in the world with a fleet of 1.7 million vehicles in more than 30 countries. Their customers’ vehicles are frequently immobilized by clogged particle filters that are considered “irremediably blocked” by dealers who offer to change these parts at high cost.

The TECH’NC PRO solution allows the filter to be cleaned and reset without further intervention. The vehicle is back on the road at a ridiculously low cost that meets the customer’s expectations:

We hope to continue to use your services. We have used TECH’NC a lot more for engine cleaning this year and our demand will increase next year. Thanks to you, our costs are decreasing because the manufacturers do not intervene on the particle filters that have been secured.

Except in cases of previous breakage, but which are not your fault, your interventions have allowed our customers to continue to drive without worries.

Sales Manager of ALD for more than 13 years, Managing Director of CPM-Axus for 4 years and Sales Manager of CED since 2018, Peter Mues’ expertise in the field of fleet management is an authority in the entire industry.  A man in the field, as well as in networks, he has a perfect mastery of his job, both technical and commercial!

In 2016, my employment contract with ALD Automotive came to an end. I have been working there for almost 20 years and I had the chance to experience the 24 Hours of Francorchamps with the entire ALD team and hundreds of customers as Eric’s top sponsor for many years.

I had not only won great memories but also a great friend.

Looking for a new challenge, I soon found myself working for Eric, Jan and Bruno. The need was real and Tech’NC’s solution was fast, simple and inexpensive.

In no time at all, my first contract with a leasing company came through, but I wanted to make sure that what I was selling really worked.

I preferred the land and did the work myself.

The only condition to do a cleaning was that the engine was still running.
I kept one that turned off every 5 seconds. The car started several times and after a few minutes the car continued to run and half an hour later it was running like new.

Afterwards, several other dozen vehicles were managed by an express courier company and should be cleaned preventively every 6 months.

I also did some classic cars.
Among others those with separate air filters on the double webers. Once the work was done, starting the car was suddenly no longer a hassle before several attempts with throttle forces and gas retorts.
From now on, start with a quarter turn!

And each time, the real pleasure of handing over the key to a car that’s as good as new again!

Fleet Manager of the Year

A product of high technical quality, manufactured by a motivated team, which can result in significant savings on fuel costs.

SG Racing is the specialist in preparation/repair/maintenance of “classics” and competition vehicles.

One of their client’s vehicles had big differences in torque and big holes in the acceleration.

They were about to remove the engine which was going to generate a lot of expenses.

The TECH’NC PRO solution allowed a result that exceeded the customer’s expectations.

I am amazed by what TECH’NC does. We preventively treated a car from our fleet after testing it on a chassis dynamometer. On the attached graph, you will note the difference in torque as well as the disappearance of holes during acceleration. 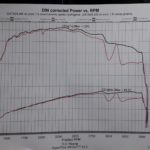 Hangar 125 is a recognized workshop in storage/sale/rental of prestigious “old timers” vehicles.

One of their particular vehicle was considered out of breath.

The dealer recommended the purchase of a new vehicle.

The TECH’NC PRO solution restored the vehicle’s performance and brought down its consumption to a point that surprised the customer :

Needless to say, I’m very surprised, with a 10% reduction in fuel consumption, but above all, I’m surprised at the performance I no longer suspected for such a vehicle.

I would certainly not fail to recommend your services to my customers.   Bav SG.

Lean and Green is a leading international program that brings together companies capable of reducing their ecological footprints while achieving cost savings.

Particular focus is placed on efforts to reduce CO2 emissions from transport and logistics activities.

Hence the interest of their Project Manager for the TECH’NC ON BOARD :

With the success of the LEAN and GREEN program, I was looking for tools that would enable companies to achieve ambitious CO2 reduction targets.

Eric and Bruno’s experience and determination convinced me, as well as obvious arguments: an accessible device that can be implemented quickly and whose ROI is directly measurable.

It has clearly been designed for companies concerned about their sustainability!

Discover our new service: reprogramming your engine to switch to bio-ethanol

Webdesign and development, avec ♥, by Digitalix